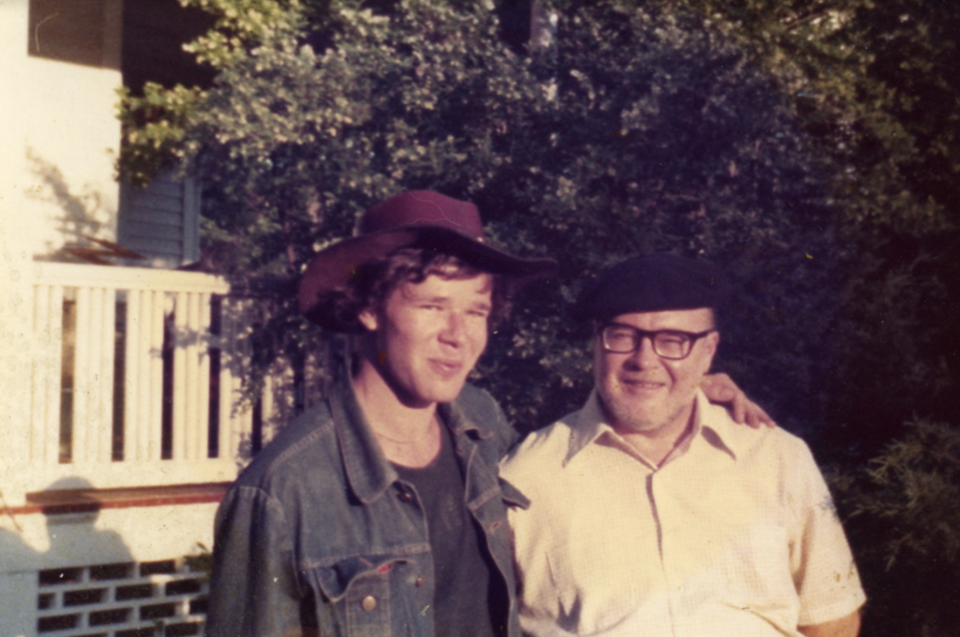 In a collection celebrating its 50th anniversary this year, the 1972 Poetry winner offered ruminations on the long winters and daily routines of Midwestern working class life.

Fifty years ago, the publication of James Wright's "Collected Poems" helped augur the beginning of a new era in American culture.

In the fractious world of postwar American poetry, Wright was a neutral waystation. A close interlocutor of foundational deep image poet Robert Bly (whom Wright credited with rejuvenating his own poetics as he completed his Ph.D. under 1954 Poetry winner Theodore Roethke at the University of Washington in the late 1950s), Wright also found inspiration in the ecological encomiums of 1975 Poetry winner Gary Snyder and a range of modern European writers, including the fin-de-siècle Austrian Expressionist Georg Trakl and Generation of '27 lodestar Jorge Guillén.

Although his earliest work reflected such New Critical mentors as John Crowe Ransom (who mentored a G.I. Bill-funded Wright during his undergraduate studies at Kenyon College, the movement's spiritual home, in the late 1940s), this influence was long attenuated when a personality conflict with eminence grise Allen Tate played a key role in forestalling a tenured appointment at the University of Minnesota in 1963.

Working primarily in urban locales — Seattle, Minneapolis, an SRO in the pre-gentrified Upper West Side and later a rent-controlled apartment near Hunter College, where he was a full professor of English for much of his career — Wright shared a percipient eye for the travails and vicissitudes of the underclass with such contemporary New Yorkers as 1948 Poetry winner W. H. Auden and the singer-songwriter Lou Reed.

But rather than situating his work in the bohemian dishabille of wartime Victorian Brooklyn or the intermedia demimonde of the 1960s, he often returned to his origins in the Midwestern working class, often filtered through the surrealist poetics and archetypes that remained a preoccupation. (In "In Response to a Rumor That the Oldest Whorehouse in Wheeling, West Virginia Has Been Condemned," Wright offered an encapsulation of this approach: "I do not know how it was/They could drown every evening/What time near dawn did they climb up the other shore/Drying their wings?") Through the elisions of his dream logic and in spare diction, Wright attained a timbral effect that was often wintral and — paralleling a major development in popular music — sinuously ambient.

By 1968 — a year before he contemplated returning to Ohio and taking hia own life, and within scraping distance of sobriety and his 1970s professional laurels — he had perfected this approach in such poems as "Outside Fargo, North Dakota," initially published in the February 1968 issue of Poetry.

"Along the sprawled body of the derailed Great Northern freight car/I strike a match slowly and lift it slowly," the narrator ruminates. "No wind." Here, the familiarity and tortured familiality of Roethke is thrust into the existential wind, the failure of an obsolescent technology (and limitations of another) rendered as a visceral portent amid the Apollo 1 fire of January 1967 and the golden age of Cold War weapons research. Yet this vision of near-eschatalogical immanence is offset by a modicum of human interaction — and the contentment of hope: "I nod as I write down good evening, lonely/And sick for home."

Led by frequent juror and 1964 Poetry winner Louis Simpson, the 1972 Poetry jury determined in their report of December 17, 1971 that Wright was a key figure of contemporary American poetry, ranking his collection above works by Tate, the venerable Harvard classicist Robert Fitzgerald, and 1983 Poetry winner Galway Kinnell, a friend of Wright: "[T]here has been a steady development from the traditional style and forms [...] to the experimental writing of recent forms. [...] [H]e has experimented with new forms and new uses of imagery."

And while Wright would succumb to tongue cancer  in 1980, his vignettes of quotidian transcendentalism would continue to influence many of his peers, including 1984 Poetry winner Mary Oliver, who commemorated her friend in "Three Poems for James Wright." (His son, Franz, also would receive the 2004 Poetry Prize before dying of lung cancer in 2015.)

As the world grapples with a dark winter, Wright's work remains a reliquary for the soul. Read and listen to selected poems by Wright at the Poetry Foundation and the Academy of American Poets.

Posted by Ficciones at Wednesday, December 01, 2021