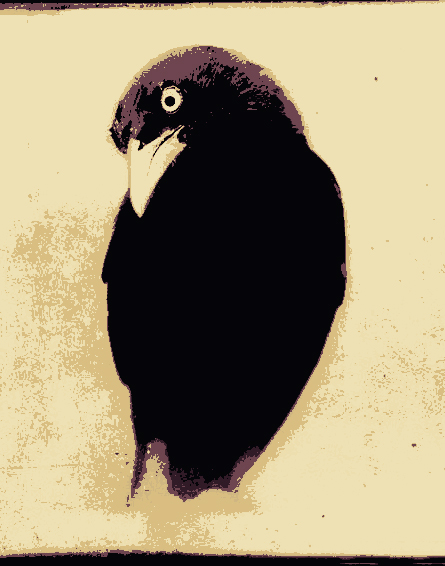 It was passed from one bird to another,
the whole gift of the day.
The day went from flute to flute,
went dressed in vegetation,
in flights which opened a tunnel
through the wind would pass
to where birds were breaking open
the dense blue air -
and there, night came in.

When I returned from so many journeys,
I stayed suspended and green
between sun and geography -
I saw how wings worked,
how perfumes are transmitted
by feathery telegraph,
and from above I saw the path,
the springs and the roof tiles,
the fishermen at their trades,
the trousers of the foam;
I saw it all from my green sky.
I had no more alphabet
than the swallows in their courses,
the tiny, shining water
of the small bird on fire
which dances out of the pollen. 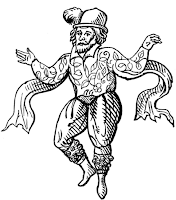 Endless Poetry review / Jodorowsky's shocking thrill ride into his past


Endless Poetry review – Jodorowsky's shocking thrill ride into his past

Bursting with gusto and energy, the second part of the director’s autobiographical trilogy is as bewildering as a laudanum dream

he countercultural magus, film-maker and tarot fetishist Alejandro Jodorowsky has found a terrific new surge of energy in his 80s with a richly enjoyable autobiographical movie trilogy, as crazy as a laudanum dream. This is the second part; the first was The Dance of Reality in 2013.
It doesn’t look like an old man’s film to me: there is gusto and energy, a need to excite, shock, bewilder. You can sense here something you rarely experience, even in the very best films: how much the director is simply enjoying himself. And it’s down to Jodorowsky’s fictional confrontation with his father, played by the director’s son, Brontis Jodorowsky. Alejandro himself is played as a young man by his younger son Adan.


This Freudian primal scene has detonated a new burst of creativity. The final reckoning has turned up every dial. You can tell how liberating and therapeutic it is for him – and Jodorowsky obviously loved his own cameo performances, intervening in the action, giving the characters, including his younger self, a piece of his mind. The final transformative encounter with his father, who shaves his head and moustache, before kissing his son on the lips, is compellingly weird.
Endless Poetry broadly covers the period in Jodorowsky’s life when he left home for a bohemian life in the Chilean capital of Santiago, dabbling in poetry and performance, before finally moving on to Paris in the 50s and bidding a painful final farewell to his father, who has now evolved from a stern communist to being just a fierce and closed-minded shopkeeper who doesn’t scruple to assault and humiliate shoplifters. His mother (Pamela Flores) only ever sings her lines in the manner of an opera diva: a bizarre convention that you cease to notice almost immediately.

The circuses, clowns and dwarves have understandably led many to compare this to Fellini; I would also suggest a bit of Kusturica. But the early scenes are very literary and interestingly Dickensian. Alejandro’s parents are larger than life in the right way – and so are his dodgy cousins and grandma who cheat at cards when Alejandro is dragged round for a get-together In a rage, Alejandro chops down a tree, which triggers his final showdown. He walks out and finds himself living in a raucous – and Dickensian – colony of artists, one of whom falls poignantly and unrequitedly in love with him.
And there are more Freudian fireworks. He has an affair with a bad-girl poet called Stella Díaz, who is played by Pamela Flores – that is, his mother. There is an extraordinary, erotic scene when they are naked, having agreed on a non-penetrative relationship, and she reveals herself to have a string of skull tattoos up her spine. There are moments of startling theatricality and fourth-wall high jinks as black-clad figures, like stagehand ninjas, stealthily creep on, handing props to the characters. Jodorowsky also has very funny deadpan lines of dialogue. Stella demands to know if the moody, aggressive Alejandro is carrying a knife: the answer is yes, but only to cut the quills he uses to write his poetry. Actually, the act of writing is more or less absent from the film; Alejandro improvises lines of poetry on the spot, in conversation.
Their relationship is a great romance, in its way: Stella finds him as innocent as a pierrot and makes him pose by a movie poster for Carné’s Les Enfants du Paradis. Alejandro is to transfer his affections to his best friend, Enrique (Leandro Taub) but is also to betray him.

It’s a real flight of fancy. Enrique tells Alejandro that “poetry, like the shadow of a flying eagle, leaves no trace on land”. You can’t really say that about Endless Poetry, which leaves its own trace of enjoyment. Unlike a lot of flaccid and directionless magic realism, there is a narrative drive: the traditional drive towards getting on and getting laid of course, but also this impulse to go out and prove himself to his father but also to destroy his father, who kept calling him a maricón, a fag. As it happens, he isn’t. But being a poet is much worse in his homophobic father’s eyes anyway.
I can’t wait to see what happens in the third and final part: it could be Jodorowsky’s masterpiece.