The Last Stop / A poem by Adam Zagajewski 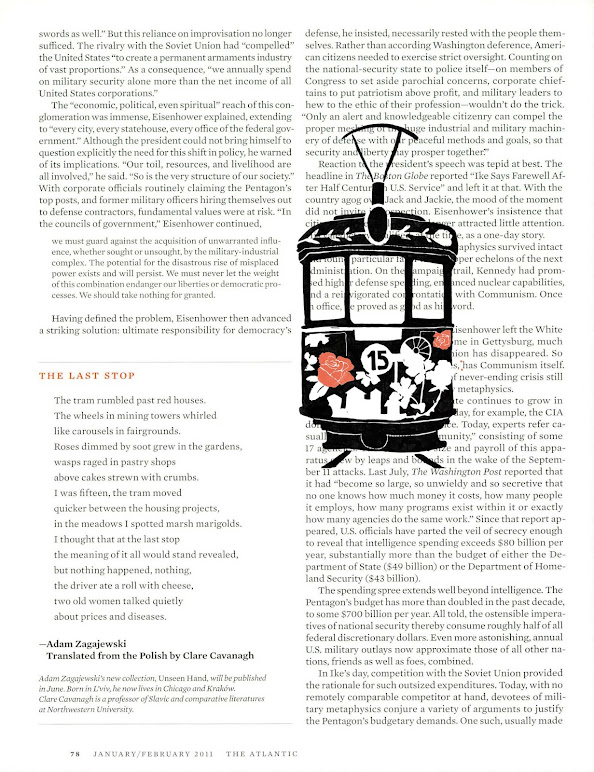 A poem by Adam Zagajewski

Illustrations by Miki Lowe
(Translation by Stanislaw Baranczak & Clare Cavanagh)
The tram rumbled past red houses.
The wheels in mining towers whirled
like carousels in fairgrounds.
Roses dimmed by soot grew in the gardens,
wasps raged in pastry shops
above cakes strewn with crumbs.
I was fifteen, the tram moved
quicker between the housing projects,
in the meadows I spotted marsh marigolds.
I thought that at the last stop
the meaning of it all would stand revealed,
but nothing happened, nothing,
the driver ate a roll with cheese,
two old women talked quietly
about prices and diseases. 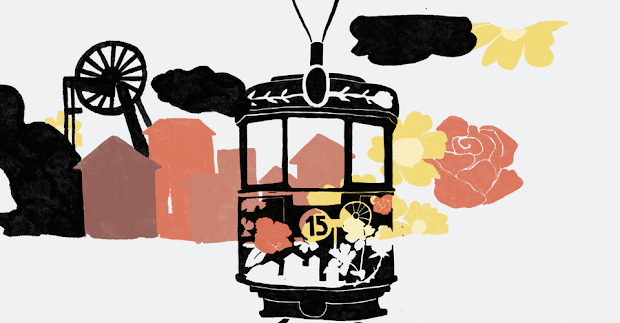 The poet Adam Zagajewski spent his life trying to make meaning of what he had lived through. When he was a child, his family was relocated within Poland after World War II; as a young man, he was exiled from the country altogether for writing protest poems against the country’s authoritarian government. “I lost two homelands,” he once said, “but I sought a third: a space for the imagination.” In that third space, he grappled with existing in a present that is constantly haunted by the past.

But despite his attempts to tease out meaning, he never claimed to find objective truth. In “The Last Stop,” Zagajewski acknowledges this: You can remember and search and analyze for your entire life, but ultimately, you will arrive at the end without having figured it out. Still, he always urged attention to life’s beauty, and to some significance that—even when it escapes your understanding—lingers somewhere beneath the surface. In a poem published after 9/11, he made a plea: “You’ve seen the refugees going nowhere, / you’ve heard the executioners sing joyfully. / You should praise the mutilated world.”

Zagajewski died this past spring, at 75. In an essay remembering him, the poet Ilya Kaminsky wrote that Zagajewski’s “continual insistence on softness” was fueled by an appreciation for mystery over answers—and for other people. “I did not realize that a positive majority of people belonged to the domain of profound meaning not through their knowledge,” Zagajewski wrote in his memoir, “but through their lives, through their radiant living substance … I should have looked with tenderness.”

Posted by Ficciones at Thursday, November 04, 2021