Philosopher and Poet of the Heart

Suspected radical Taliban have attacked a shrine to the memory of Rahman Baba, the best known and best loved Sufi poet in Afghanistan. Rochsana Soraya spoke to the Afghan journalist and literary critic Mohammad Zarin Anzor about the poet's life and work

Rahman Baba's grave was destroyed in an attack on March 5th. The shrine at the site was severely damaged

​​Mr Anzor, as one of the best known literary critics in Afghanistan who has written academic studies of Rahman Baba, how would you present him to an international public?

Mohammad Zarin Anzor: Rahman Baba, is one of the great Afghan poets of the seventeenth century; his writings are devoted to the awareness of God and the Sufi Muslim mysticism. I believe that no other classical Pashto poet has won so much affection as he has: he is celebrated, loved and honoured. That's why he's known as Baba, little father or grandfather. This is a title which is only awarded to elders who are worthy of honour in our society.

Rahman Baba's poetry is also wonderfully expressive of love and affection, and his poems are not just loved by religious people and dervishes, but also by women, young people and all kinds of people who love life. His poems also portray the world view of the Pashtuns of the time; that ought to be of great interest to people.

What makes Rahman Baba stand out from other great Pashto poets?

Anzor: Beside Rahman Baba, there were many other great Sufi poets, like Mirza Khan Ansari, Daulat Luani, Wasel Rokhani and Mullah Arzani in the sixteenth century, Abdul Qader Khattak in the seventeenth), or Pir Mohammad Kaker in the eighteenth, just to name a few. The topics of mysticism and awareness of God are central to Pashto literature up to modern times. But Rahman Baba's mystical poetry is different from that of the others because it is not entirely dedicated to God, but also reflects the wishes of the people of his time. Rahman Baba deals with social issues and other important topics which concern everyone. For example, you can find in his Diwan the following lines:

Greater than building Abraham's QaabaIs it, to heal the wounded heart of another.

What are the typical characteristics of his poetry?

Rahman Baba's shrine after the attack. Rahman Baba's Diwan, a collection of poems, is his only work. It has only recently been fully translated into English

​​Anzor: Rahman sees awareness of God as part of human evolution. How can human beings free themselves from the animalistic world and reach a higher spiritual status? Another characteristic is the moral aspect of his poetry, from which people can take examples for their own lives. Most of his poems are Ghazals; he almost always stuck to this form, whatever the content of his poems. There are a few examples of Mokhamas (five line poems) and Qasida (poems with over 15 lines).

People are so fond of Rahman Baba's poems because the language as well as the images and metaphors are very simple. It's only when you take the poem as a whole that you find a highly complex philosophical view of the world.

Orientalists who have translated Rahman's work, like Major Raverty in the nineteenth century or Annemarie Schimmel in the twentieth, emphasise the aspects of love and praise of God in his poems. How far can Rahman Baba be seen as a socially critical poet? 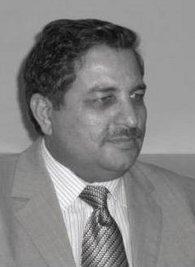 ​​Anzor: Like Khoshal Khan, Rahman Baba lived and wrote during the period of Mogul rule. Khoshal fought against the Moguls after he'd been imprisoned by them, and he incited a revolt against Mogul domination. Some of his poetry deals with this issue. But Rahman Baba is not a poet of national resistance. He never submitted to any rulers, or worked and wrote under them. He dealt with all the social issues of his time in a critical manner. He belonged to the Momand tribe, but in one of his poems he writes:

I am a lover and I concern myself incessantly with love
I am not a Khalil, not a Daudzai, not a Momand

For Rahman, it was humanity which stood at the centre of his thoughts, and not the more or less random membership of a particular group.

Western academics often see Rahman's poems as being in the tradition of the Persian-language Sufi poetry of Jalal ud Din Rumi. The topics of Rahman's poetry and his manner of expression have something timeless and universal about them. Can one not see in his poetry the values of the kind of spiritual and philosophical development which later became known in Europe as humanism?

Anzor: In oriental writing, and especially in that which deals with awareness of God and mysticism, there are common values and metaphors shared by Arabic, Persian, Turkish, Indian and Afghan lyrical poetry which are not totally unknown in Western poetry and literature. Some of the metaphors belong to the cultural heritage of humanity. It would be an offence against the principles and values which characterise Muslim mystical and love poetry if one were to draw clear borders.

From the point of view of an international readership, what is the literary value of Rahman's Diwan? Is it world literature which still has to be discovered?

Anzor: Aside from its importance for Pashto literature, Rahman Baba's Diwan is of great value for an international public. But it's not just the Diwan – it's also the works which were written before and after Rahman Baba of which people need to become aware. People will see that the Afghans were able to develop a complex value system and philosophical depth. That will help the world to grow together a little more and it will remove another empty space on the map of world literature. The whole world is looking towards the Pashtuns, but no-one is taking any interest in their cultural heritage.

Mohammad Zarin Anzor is an Afghan journalist, literary critic and writer who is currently living in Germany. He studied journalism and Pashto literature at the universities of Kabul and Peshawar.