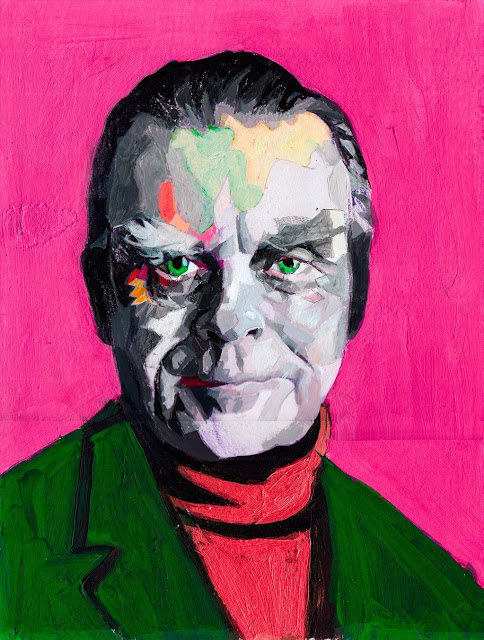 Having experienced both Nazi and Communist rule, Poland’s great exile poet arrived at a unique blend of skepticism and sincerity.


In July, 1950, Czeslaw Milosz, the cultural attaché at the Polish Embassy in Washington, D.C., received a letter from Jerzy Putrament, the general secretary of the Polish Writers’ Union. The two men had known each other for many years—they had been contributors to the same student magazine in college, in the early nineteen-thirties—but their paths had diverged widely. Now the arch-commissar of Polish literature told the poet, “I heard that you are to be moved to Paris. . . . I am happy that you will be coming here, because I have been worried about you a little: whether the splendor of material goods in America has overshadowed poverty in other aspects of life.”

The language was polite, even confiding, but the message could not have been clearer. Milosz, who had been working as a diplomat in the United States for four years, was no longer considered trustworthy by his superiors. He was being transferred to Paris so that he would be within reach of Warsaw. Sure enough, a few days before Christmas, Milosz was summoned back to Poland, and his passport was confiscated. “He is deeply detached from us,” Putrament observed, after meeting with Milosz in person. There was “no other option” than to keep him in the country, lest he end up defecting to the West.

This scenario had played out countless times in Communist countries. In the Soviet Union, under Stalin, it often ended with the summoned party being sent to prison or shot. And the Communist regime in Poland, which had been installed by Stalin at the end of the Second World War, had reasons to be concerned about Milosz. For one thing, he had left his pregnant wife and their son in the United States, giving him a strong incentive to return. For another, he had never joined the Communist Party. He was allowed to serve the Polish government without a Party card, largely because his reputation—he had been a leading light of Polish poetry since the mid-thirties—was considered valuable to the new regime.

Far more damning evidence of Milosz’s disaffection with the regime lay in notebooks, full of poems that were not published until years later. What would Putrament have thought if he had read “Child of Europe,” written in New York in 1946?

Do not mention force, or you will be accused
Of upholding fallen doctrines in secret.
He who has power, has it by historical logic.
Respectfully bow to that logic . . .
Learn to predict a fire with unerring precision.
Then burn the house down to fulfill the prediction.

These lines mocked the Communist claim to rule, which was based on the theory of history as formulated by Marx. According to the concept of dialectical materialism—“diamat,” as its adherents often abbreviated it—the triumph of the Soviet Union under the leadership of Joseph Stalin was not a contingent event but the necessary result of an age-old process of class conflict. Milosz turned this presumption of “historical logic” upside down: if Communism now ruled Eastern Europe, it was not because of the laws of history but because the Russians had burned the house down. “Diamat is a tank,” Milosz confided to a friend in 1951. “I feel like a fly which wants to stand up against that tank.”

Andrzej Franaszek’s “Milosz: A Biography” (Harvard), edited and translated by Aleksandra and Michael Parker—a longer version appeared in Polish in 2011—tells the story of what happened next. Stuck in Warsaw, unsure if he would ever be allowed to leave or to see his family again, Milosz was despondent. A friend, Natalia Modzelewska, recalled that he “became mentally unstable [and] suffered from bouts of depression, which gradually got worse. . . . It was easy to discern that he was close to a nervous breakdown.” It wasn’t just his own fate that frightened him. Milosz had mostly been away from Poland since 1946, and had not witnessed the worsening climate of repression in the country. Now he could see. “I came across astronomical changes,” he wrote in a letter to another exile. “Peasants go mad with despair, and in the intellectual world state control is deeply entrenched and it is necessary to be a 100% Stalinist, or not at all. The so-called Marxists are highly depressed.”

It was thanks to Modzelewska that he had the chance to leave Poland and save himself. Her husband was the Minister of Foreign Affairs, and she urged him to take up Milosz’s case with the President of Poland, Boleslaw Bierut. “Can you vouch that he will return?” Bierut asked. The minister could not, but replied, “I am deeply convinced that he ought to be allowed to go.” Whether this was a gesture of mercy, or of respect for a great writer, or even of contempt—if Milosz couldn’t serve the state, why should the state keep him?—it meant freedom. On January 15, 1951, Milosz was back in Paris. On February 1st, he slipped out of the Polish Embassy and headed for the offices of Kultura, an émigré publishing house, where he remained in hiding for the next three and a half months. He did not return to Poland until 1981, the year after he won the Nobel Prize in Literature.

The summons to Warsaw in 1950 was one of many hinges of fate inMilosz’s life—moments when he could have become an entirely different person, or simply disappeared. Franaszek’s richly detailed, dramatic, and melancholy book is full of such close calls. Born in 1911 to an aristocratic Polish family in Lithuania, which was part of the Russian Empire at the time, Milosz was swept up in the maelstrom of the twentieth century from the beginning. When he was three, the First World War made him a refugee, as his family fled the advancing German Army. His father, an engineer, served first the tsarist and then the Bolshevik government, and the family spent the war years crisscrossing the region—Belarus, Russia, Latvia, Estonia. In a late poem, Milosz recalled an episode from 1918, when they were trying to get home to Lithuania during the chaos of the Russian Revolution. At one train station, he was separated from his parents:

. . . the repatriation train was starting, about to leave me behind,
Forever. As if I grasped that I would have been somebody else,
A poet of another language, of a different fate.

At the last minute, a stranger reunited them. But a sense of the caprice of fate never left Milosz. “The things that surround us in childhood need no justification, they are self-evident,” he wrote in “Native Realm,” a memoir. “If, however, they whirl about like particles in a kaleidoscope, ceaselessly changing position, it takes no small amount of energy simply to plant one’s feet on solid ground without falling.”

After the war, the family settled in Wilno—now Vilnius, the Lithuanian capital, but at the time a majority-Polish city. Even as a boy, Milosz was passionate and ambitious, with an intense seriousness that made it hard for him to accept the conventional routines of church and school. A childhood friend compared him to “a tomcat, constantly tense and grumpy”; later in life he acquired the nickname Gniewosz, which blended his name with the Polish word for “anger.” In his teens, he was capable of gestures of melodramatic despair. On one occasion, edged out in a romantic rivalry, he put a single bullet into a revolver and, Franaszek writes, “spun the barrel, put it against his head and pulled the trigger.” He lost—or maybe won—this game of Russian roulette; but, in Franaszek’s telling, it’s clear that any kind of calm or satisfaction remained elusive to the end of his life.

Such a condition is hardly surprising for anyone of Milosz’s generation, in that part of the world. Millions of his contemporaries lived through, or died in, the First World War; the Lithuanian Wars of Independence; the Polish-Soviet War; the invasion of Poland by Nazi Germany and the U.S.S.R., in 1939; the Holocaust; the Eastern Front of the Second World War, which passed back and forth across the country from 1941 to 1945; and the postwar occupation by the Soviet Union. Milosz’s course was complicated by the fact that his class and national allegiances were anything but straightforward. He grew up speaking at least four languages, and, although his family belonged to the Polish gentry—and still owned a country estate in Lithuania, where he spent the happiest days of his childhood—they were, like most of their class at the time, quite poor. “My material existence was so primitive that it would have startled proletarians in Western countries,” Milosz reflected later.

As an aristocrat without money, and a Pole whose homeland was Lithuania, Milosz could not wholeheartedly embrace any of the political identities swirling around him. Postwar Poland, newly independent after more than a century of tsarist rule, experienced a sudden surge of chauvinist pride and annexed much of Lithuania, including Wilno. Milosz was repelled by the Poles’ religiosity and nationalism—their growing hostility to Lithuanian, Jewish, and Belarusan minorities. In 1931, Wilno University, where he was a student, was convulsed by anti-Jewish riots. Milosz, Franaszek writes, was “among the few defending the Jewish students.” (Jerzy Putrament, not yet a Communist, took part in the riots, beating Jews with a heavy cane.)

Milosz was at the university from 1929 to 1934, and he published his first collection of poems in 1933. He drew close to several left-wing student groups, but, although his anti-nationalism made the left a natural home for him, he could never bring himself to become a full-fledged Marxist, much less a member of the Communist Party. His sense of truth was too individual, too much a matter of poetic perception, to submit to the dictates of a party, even one that claimed to be acting according to the laws of history. “Reading articles by young Polish Marxists, one suspects that they really wish for this period to herald a future which sees the total demise of art and artistry,” Milosz observed in a 1936 essay. “They are preoccupied solely with sniffing out betrayal and class desertion.”

In 1937, Milosz moved to Warsaw to work for Polish Radio. There he fell in love with a colleague, Janina Cekalska. Janka, as she was known, was unhappily married to another man, a film director. She aspired to become a director herself, and had founded an organization to promote leftist filmmaking. But she soon put her ambitions aside, seeing her mission as the development of Milosz’s talent, and she became a crucial reader of his work. Milosz, who had already been through several stormy and bruising love affairs, worried that committing himself to Janka might compromise his artistic calling, but they soon started living together, and they married some years later. It proved to be a difficult marriage. “She was a rational person, but made a mistake choosing me,” he said late in life. He was, he realized, “not at all material to be a husband and father.”

By the end of the thirties, Milosz’s intellectual position was becoming intolerable. He was opposed to everything the Communists opposed, yet he suspected that a Communist takeover would be disastrous. At the same time, anyone could see that Poland’s future held war or revolution, or both. Contemplating the fate of his country, he wrote, years later, “I had a kind of horror, some basic dread.”