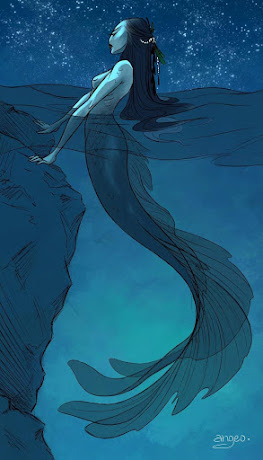 I went on a kick of reading everything Penelope-related. Anything that played with the Odyssey, I read it. Penelopiad by Margaret Atwood? check. Collection of modern Greek poetry by Katerina Anghelaki-Rooke? check.

HOW I missed Meadowlands by Louise Gluck is beyond me.

The book of poetry uses the Odyssey, and Penelope and Odysseus’s relationship, as a springboard for exploring power dynamics in relationships, love loss distance and growing apart, etc. They’re contrasted with a modern couple bogged down with the bitterness minutiae breeds. Ancient and modern, mythical and real, it’s all the same heart, so it’s all the same shit.

But of course the poems I liked the best were the ones that directly talked about the Odyssey. I thought “Siren” was a nice in-between. The siren is the woman who lures Odysseus in during his journey home, but in Gluck’s poem, she’s a distinctly modern woman. We’re not sure if this is a woman that Odysseus meets, or the unnamed male in the modern couple. Either way, though, it’s the voice of the siren that sticks with you. The humanizing of the “other woman.”

SirenI became a criminal when I fell in love.Before that I was a waitress.

I didn’t want to go to Chicago with you.I wanted to marry you, I wantedYour wife to suffer.

I wanted her life to be like a playIn which all the parts are sad parts.

Does a good personThink this way? I deserve

Credit for my courage–

I sat in the dark on your front porch.Everything was clear to me:If your wife wouldn’t let you goThat proved she didn’t love you.If she loved youWouldn’t she want you to be happy?

I think nowIf I felt less I would beA better person. I wasA good waitress.I could carry eight drinks.

I used to tell you my dreams.Last night I saw a woman sitting in a dark bus–In the dream, she’s weeping, the bus she’s onIs moving away. With one handShe’s waving; the other strokesAn egg carton full of babies.

The dream doesn’t rescue the maiden.

A bird comes to the window. It’s a mistaketo think of themas birds, they are so oftenmessengers. That is why, once theyplummet to the sill, they sitso perfectly still, to mockpatience, lifting their heads to singpoor lady, poor lady, their three-notewarning, later flyinglike a dark cloud from the sill to the olive grove.But who would send such a weightless beingto judge my life? My thoughts are deepand my memory long; why would I envy such freedomwhen I have humanity? Thosewith the smallest heartshave the greatest freedom.

I’m still thinking these poems through–poems where, as one reviewer said, “the ordinary becomes heroic”–but I loved these two in particular. 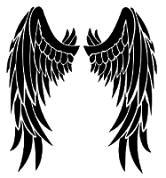 Posted by Ficciones at Wednesday, October 07, 2020