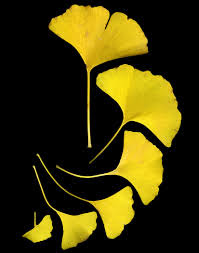 Often the slightest gesture is most telling,
as when he reaches tenderly in passing
to pluck the yellow leaf from the dark fall

of her hair, or even the absence of all gesture:
the way she doesn’t need to turn to know
who, in this gathering of friends, has touched her.
It was as if he dreamed some private garden.
Perhaps he woke from it, mid-reach, to find
his hand too near her hair in this crowded yard,
and maybe even now she’s shuttering in
(she’s even better than you or I at that)
a storm of worry and recrimination—
did anyone notice? how could he do that here!—
by seamlessly continuing to tell you
about her trip to see her favorite Vermeer
this morning in the Delft show at the Met:
“So now they say she isn’t weighing pearls
or gold or anything—it’s just the light
gleaming off empty scales.” So much is hard
to know for sure. If I confronted her,
she’d say it was just a leaf—who could afford
to disagree? Could we? Now she’s explaining
how the girl faces a mirror we can’t see into
and how behind her hands a gloomy painting
of the Last Judgment: “Over her head God
floats in a cloud,” she says, “like a thought balloon.”
But you don’t hear. You’re watching me. I nod.