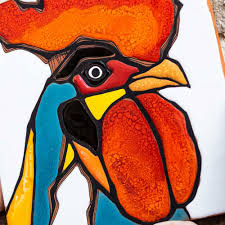 Now the roosters are singing.
Natalia, your rooster's already sung, sister,
Justo, yours has already sung, brother.
Get up off your cots, your bed mats.
I seem to hear the congos awake on the other coast.
We can already blow on the kindling - throw out the pisspot.
Bring an oil lamp so we can see the faces.
A dog in a hut yelped
and a dog from another hut answered.
Juana, it's time to light the stove, sister.
The dark is even darker because day is coming.
Get up Chico, get up Pancho.
There's a horse to mount,
we have to paddle a canoe.
Our dreams had us separated, in folding
cots and bed mats (each of us dreaming our own dream)
but our awakening reunites us.
The night already draws away followed by its witches and ghouls.
We will see the water very blue; right now we don't see it. - And
this land with its fruit trees, which we also don't see.
Wake up Pancho Nicaragua, grab your machete
there's a lot of weeds to cut
grab your machete and your guitar.
There was a owl at midnight and a hoot owl at one.
The night left without moon or any morning star.
Tigers roared on this island and those on the coast called back.
Now the night bird's gone, the one that says: Sc-rewed, Sc-rewed.
Later the skylark will sing in the palm tree.
She'll sing: Compañero
Compañera.
Ahead of the light goes the shade flying like a vampire.
Wake up you, and you, and you.
(Now the roosters are singing.)
Good morning, God be with you! 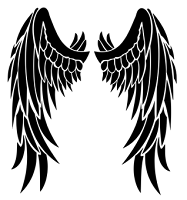