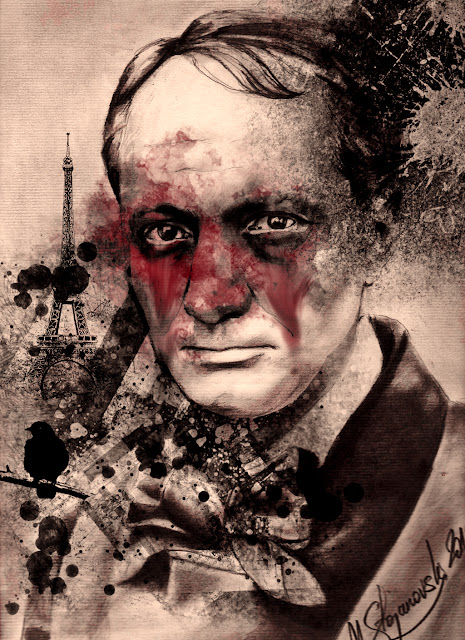 'Even when he is most harrowing, he gives pleasure'

W
hen you feel exhausted and rather gloomy, the best thing to do is to lie down and open a book, just to make your mind wander somewhere else. In that moment, you discover that not all writers – not even some of the greatest – may be of help. But Baudelaire, yes; at least for me.


Not so much the often marvellous poems of the Fleurs du mal., but the prose: everywhere, in his Salons, when he talks of forgotten painters of his time; in his reviews, in his notebooks, in his essays, in his letters, in his outrageous remarks about the Belgians.
In a strange way, even at his most harrowing, he gives pleasure. One feels the vibration of a nervous system to which we cannot help but feel akin, unless we are total brutes. To resist Baudelaire is a bit like resisting Chopin: you can do it, of course, but it's so much the worse for you.
Besides, there are so many other motives for being devoted to Baudelaire, not only in literary but also psychological terms. He is one of the very few writers (Emily Dickinson may be another example) who never tried to promote himself socially. (By the way, promoting himself would have been rather easy if only he had hated his stepfather, General Aupick – a pompous ass if ever there was one – just a bit less.)
And another of his admirable and rare qualities was that he would not hear of a Baudelaire school, although among his followers one might notice young people named Mallarmé or Verlaine. But he preferred to be alone, as he had always been. Last but not least, something that should be seriously considered by the UN: Baudelaire wanted to add to the list of human rights: le droit de s'en aller, "the right to go away".
• Roberto Calasso's La Folie Baudelaire is published by Allen Lane.