Lives Like Loaded Guns: Emily Dickinson and Her Family's Feuds by Lyndall Gordon
Elaine Showalter enjoys a boldly original view of 'the poet next door'

ny writer brave enough to undertake a biography of Emily Dickinson has to grapple with a century's burden of cultural baggage – numerous biographical mysteries, extreme and conflicting interpretations of her work, and her sacerdotal role as muse for other American poets.
Dickinson's life story is both alarmingly uneventful and heavily weighed down with the legends of the recluse, the wraith and the virginal spinster in a white dress. Was she the victim of a secret unrequited love, revealed in her ecstatically submissive letters to an unknown, married "Master"? Was she the unhappy woman genius confined by her sex and class, "starving of passion" in "her father's garden", as William Carlos Williams wrote? Was she the lesbian who adored her sister-in-law Susan Gilbert Dickinson, and unconsciously revealed her longings in "clitoral imagery"? Was her social withdrawal after the mid-1850s neurotic, or a strategic choice for her art? Why did she refuse to publish during her lifetime all but seven of her 1,789 poems?
In the 20th century, Dickinson became the inspiration and muse for a generation of American women writers. Adrienne Rich wrote about her as "Vesuvius at Home". The novelists Carol Shields, in Mary Swann, and Joyce Carol Oates, inMysteries of Winterthurn, both channelled Dickinson's voice through invented women poets. For male American poets, Dickinson has appeared as a more challenging and threatening muse, one to be conquered and seduced. Billy Collins describes the experience of entering into her poetic world as "Taking Off Emily Dickinson's Clothes": "I could plainly hear her inhale / when I undid the very top / hook-and-eye fastener of her corset / and I could her hear her sigh when finally it was unloosed."
Indeed, Dickinson's status as the great 19th-century American woman poet may actually stand in the way of a dispassionate American literary response. Oxford professor Lyndall Gordon brings the advantage of distance and a fresh and tough-minded perspective to her fascinating study. Combining information from biographies and library archives, and paying careful attention to material that has been overlooked or overshadowed, Gordon also considers the afterlife of Dickinson's poetry. She offers clear and boldly original answers to the "unanswered questions" of Dickinson's life, and an ethnographic and historical approach to the problems of the literary biographer. Although such answers can never explain the nature or sources of creativity, Gordon argues that they can offer "securer openings" to Dickinson's buried life. She makes four major arguments. First, and most important, Dickinson's social withdrawal was strategic, and afforded her opportunity to develop her art: "Stillness, for her, was not a retreat from life but a form of control." Second, Dickinson was "susceptible to both sexes", with both "an intense tie to Susan" and strong attractions to men. In the late 1870s, she had a romance with the widowed Judge Otis Lord of Salem, 18 years her senior, and wrote some unmistakably erotic letters to the man she called her "lovely Salem": "I will not wash my arm; 'twill take your touch away."
Third, the masochistic "Master" letters were "largely, although not completely, a stirring fantasy". Gordon dismisses all the real-life candidates for the "Master", insisting that no man she actually knew could have "lent himself to the royal extravagance of her desire". Finally, Gordon hypothesises that Dickinson suffered from epilepsy, and that the stigma of the disease could be the reason, or the excuse, for her seclusion. While the evidence for this argument is circumstantial, depending on poetic images of light, convulsion and "throes", and on the prescriptions Dickinson received from doctors for vague "eye troubles", Gordon makes a persuasive case for the link between epilepsy's visual and cerebral distortions and Dickinson's extraordinary language. 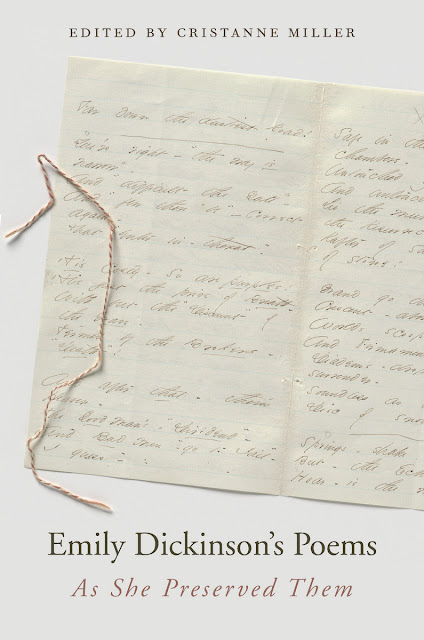 Overall, Gordon focuses on what she calls the "DNA of the Dickinson family", setting Emily among her siblings and descendants, and tracing the complex "social landscape" and literary effects of her environment. She was not the only remarkable Dickinson sibling. As her elder brother Austin once wrote apologetically to a publisher: "This may seem very queer to you, and it is. We are a queer lot."
Their father, Edward Dickinson, was a Calvinist lawyer and statesman of gloomy conviction, with a heart Emily described as "pure and terrible". As he warned his fiancée before their marriage: "I do not expect or wish for a life of pleasure." Austin, Emily and Lavinia ("Vinnie") both resisted and inherited their father's intensity of spirit. In Gordon's view, being part of this passionate, intellectual and unshakeably serious clan was a significant factor in Dickinson's poetic genius.
The great Dickinson family drama reached its height in 1882, only a few years before Emily's death. By the mid-1850s she had become a virtual recluse at the Homestead. There she maintained her intimate friendship with Sue, who lived next door at the Evergreens, the home Edward Dickinson had built for his son's family. For many years, Emily crossed the little path between the houses, reading her poems to Sue, and giving her hundreds to keep. Sue, in return, gave her books by British women writers – Elizabeth Gaskell, Charlotte Brontë and George Eliot. But in 1882, this idyll was interrupted when Sue's husband, Austin, fell in love with a young Amherst faculty wife, Mabel Bingham Todd, and began a heated affair with her that became an "alternative marriage". 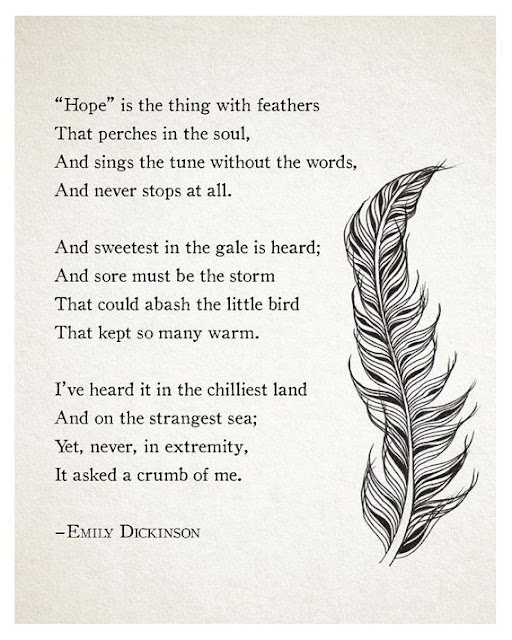 At the same time, the inexhaustible Mabel was keeping up an active sexual life with her husband, the astronomer David Todd. A serial philanderer himself, and a consenting partner to Mabel's affair with Austin, David was also willing to experiment as voyeur in a ménage à trois. Sue knew about it and suffered, along with her children; and Emily and Vinnie knew as well.
After Emily's death in May 1886, the family feud over her poetic legacy began, and the last third of Gordon's book is devoted to unravelling its legal and psychological complexities. The handwritten poems were almost illegible. Mabel, who had become Vinnie's friend, was entrusted with the copying and editing tasks; it was Mabel, who had never actually seen Emily face to face, who created the myth of her as the fragile woman in white.
In August 1890, Mabel and Vinnie brought out a small edition of 116 poems. It was a huge success, reprinted 11 times in a year and selling 11,000 copies. Meanwhile, Sue's attempts to publish the poems and letters in her possession failed. She managed to get one poem into Scribner's for a fee of $15. Vinnie drastically underestimated Mabel's editorial skills, calling them merely clerical; Vinnie gave her $200 for her efforts but refused to acknowledge her contributions. The Todds sued for part of the Homestead grounds in recompense, and lost the case when Vinnie testified that she had been too innocent to understand signing a contract. Thereafter Mabel refused to continue editing. The feud went on through the next generation and the families quarrelled bitterly over which university libraries would get the manuscripts.
Gordon does not take on the history of modern criticism of Dickinson's poems, but her book, by clearing away much that is speculative, projected, or contentious about the life, will open the way for new approaches to the woman she calls "the poet next door".
Elaine Showalter's A Jury of her Peers is published by Virago.

Posted by Ficciones at Saturday, September 10, 2011