Anna Akhmatova / Our lady of sorrows 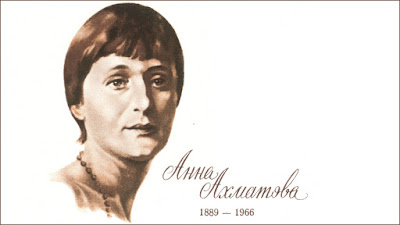 Our lady of sorrows


Elaine Feinstein tells how poet Anna Akhmatova, whose son was in the Gulag, spoke for millions of Russians of their hell under Stalin in Anna of All The Russians 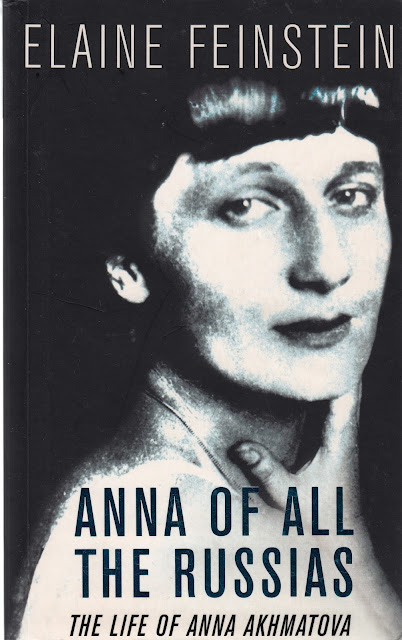 Anna of All The Russians: The Life of Anna Akhmatova
by Elaine Feinstein
Weidenfeld & Nicolson £20, pp322

When people remember Anna Akhmatova, they do so extravagantly. Josef Brodsky, one of the circle of young poets who adored her when she was old, said: 'In conversation with her, or simply drinking tea or vodka, you became a Christian, a human being in the Christian sense of the word'.
Anatoly Nauman, another in that circle, remembered that after meeting her he was 'stunned by the fact that I had been in the presence of someone with whom no one on earth had anything in common'. Isaiah Berlin, throwing himself on his hotel bed after spending a day and a night talking to her in Leningrad, exclaimed: 'I am in love, I am in love!'
Elaine Feinstein, author of this biography, calls her 'one of the greatest poets of Russian literature ... she became the voice of a whole people's suffering under Stalin ... an iconic figure for all those whom the Soviet regime repressed ...' This status was confirmed for ever when Andrey Zhdanov, Stalin's cultural rottweiler, excommunicated her in 1946 as 'half nun, half whore, or rather both nun and whore with her petty, narrow private life, her trivial experiences ...'
But icons are difficult to write about critically. How good a poet was she really? To me as a non-Russian, her contemporary Marina Tsvetaeva seems as a writer to be richer and more astonishing. I know Russians who now dismiss Akhamatova as 'a minor poet'. But how do you separate the passionate response to her verse, a response which has itself become part of Russian history, from the quality of that poetry?
Anna Akhmatova was born in Odessa in 1889 (her father was called Gorenko, but she took the more glamorous name of a Tatar ancestor). Brought up in and near St Petersburg, she became one of the young writers and performers who met in the 'Stray Dog' cellar in the years before the First World War. Mayakovsky, Mandelstam and many other men and women who were to be her friends for life went there. Akhmatova - tall, black-haired, with huge grey eyes - read poems about painful love. 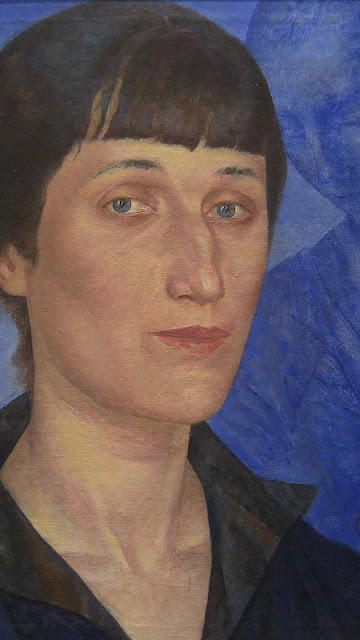 Before she was 30, she was famous. The writer Kornei Chukovsky said her first book, Evening, 'accompanied the next two or three generations of Russians whenever they fell in love'.
In 1910, she married the poet and explorer Nikolai Gumilev. By the time of the revolution, seven years later, the marriage had come apart, but Gumilev's arrest and execution in 1920 on fictional charges of anti-Bolshevik conspiracy devastated Akhmatova. By now, she had begun the nomadic, chaotic existence which lasted most of her life. It brought her shabby rooms in old palaces, torn silk dressing gowns, a procession of momentary or semi-permanent lovers, semi-starvation ('a horrible skeleton dressed in rags', as one visitor saw her in 1919), tuberculosis and guilt. 'I brought destruction to those I loved.'
There were several times when both her current lover and her son, Lev Gumilev, were in the Gulag (the son survived; the lover, Nikolay Punin, died in the camps) But Akhmatova never left Russia, or thought of doing so. And, with only a few interruptions, the poetry kept coming.
Caught in the siege of Leningrad in 1941, she was one of the few writers chosen to be flown out. In spite of her political views, Stalin recognised that she was worth saving. But in 1946 Akhmatova was denounced ('harlot and nun') by Zhdanov. She became an 'unperson', dangerous to everyone she met. Lev Gumilev was rearrested and released only in 1956, three years after Stalin's death. Only in 1957 was Akhmatova rehabilitated. But nobody had forgotten the poet who had given them courage in awful times, and the last 10 years of her life were spent in glory, if not exactly in comfort, in a dacha of her own near Leningrad surrounded by friends. 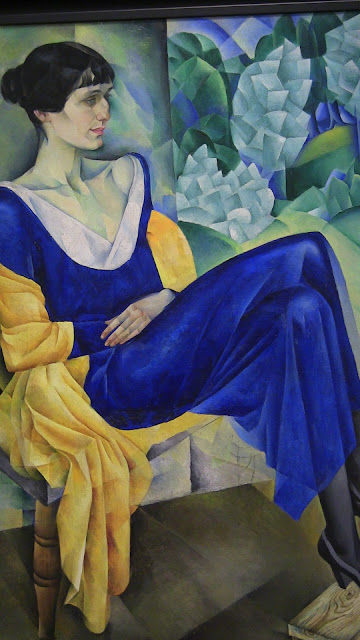 A great deal of Feinstein's biography is taken up with careful attempts to decipher Akhmatova's 'relationships'. These were multiple and often simultaneous. Nobody's love life looks simple under bright light, but the emotional life of Russian intellectuals - then, as now - was as disorderly as a London teenager's floor. Wisely, Feinstein also disentangles Akhmatova's friendships, the human bond which many Russians consider more important and lasting than sexual love. Most of her male intimates let her down, but her women friends stood by her. What society today can produce friends as wonderful as Lydia Chukovskaya?
It was Chukovskaya who stood with her all those days and nights of frost, queuing outside prisons to hand in parcels. Akhmatova had food and clothes for Lev, bound for somewhere beyond the Arctic Circle. Chukovskaya took packages for her husband, not knowing that he had long ago been shot.
In one of those terrible queues, a girl recognised Akhmatova and whispered: 'Can you describe this?' Akhmatova replied: 'I can.' Out of that grew, gradually, her tremendous poem cycle, Requiem. Once, when young, she had written the lines which lovers quoted to one another. Now she provided words which thousands of men and women repeated under their breath, as they suffered, feared and waited.
As Feinstein writes, Akhmatova always considered that she had been 'appointed by God to sing of this suffering'. Even after her brilliant looks had faded, she was vain and - for someone with such good friends - strikingly indifferent to anyone else's problems.
As a conventional wife or mother, she was terrible. Her son, in the labour camps, deluded himself that she did not care how long he stayed there and that she was exploiting his fate to make her own poetry. (The embittered Lev Gumilev grew up to be the ultra-nationalist historian who reintroduced mystic racialism into post-Soviet education.) As a poet, her unambiguous language, like Pushkin's but almost always narration in the first person, does not translate easily into English, and can occasionally seem trite. But we know that for millions across the generations those words in Russian rang true.
Elaine Feinstein's achievement is to show us the life of an extraordinary woman in gleaming fragments, and to demonstrate, through so many witnesses, how she was worshipped.