Why Do We Love Instapoetry? 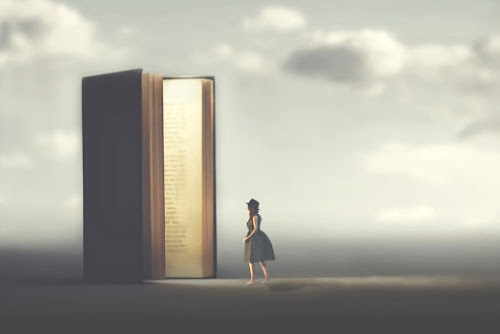 Why Do We Love Instapoetry?

Posting poetry on Instagram was, from the beginning, a little subversion. On a platform driven by images, writers started to promote their words and many poets have gone on to create huge communities and interactive audiences. So what is it about instapoetry that we all love so much?

Instagram poets started to be impossible to ignore. Rupi Kaur is one of the most successful instapoets and, for her, Instagram was a vital way to expose her work. With three books launched, she has already sold millions of copies in different countries. Undoubtedly this would not be possible without a platform to expose her writing.

"If it were not for the internet, and the age of social media, I, a Punjabi Sikh woman writing about themes that were impacting her and those around her would have never been published in a traditional Western space. Especially on a continent where the experiences of women of colour are easily derided and rarely offered publishing deals."

Nikita Gill, who is also from an Indian family like Kaur, started writing at a very young age. But it was because of Instagram that she found an audience. For her, instapoetry is not a genre. It's just a medium.

"Ultimately, the medium does not matter as much as the words do. Being a creative person is like being constantly on a treasure hunt inside your own head for ideas, the way you are going to explore them and express them."

Along with them, the Spanish writer Leticia Sala found her internet fame. With 92.8k of followers, she posts poetry in English and Spanish. And she disagrees with the criticizing treatment instapoetry receives.

"It is a shame that Insta-poets are so heavily criticized today. It seems to me that it is the literary world that is most strongly opposed to this ‘novel’ approach, but I believe that the poetry that comes from social media platforms is the purest out there. It hasn’t been edited, or corrected by anyone; it is raw and honest."

It is also inevitable to think that many of those writers are women or from other minorities. The Internet was capable of giving space for those voices. Due to that, maybe this is one of the reasons why we love instapoetry.

Identification is always a key point for a reader. And hundreds of those readers never saw themselves represented the way they see now.

WHY DO WE LOVE INSTAPOETRY

It is probably impossible to summarize this question. However, maybe some factors can help to understand why we love instapoetry.

1 -identification. Again. People liked to read and continued to read because they saw themselves in those words. They saw their heartbreaks, their passions, their struggles. They saw reality.

2 - accessibility. The poems were accessible anytime and anywhere for readers. Maybe many of them didn't have the money to buy books. This can be their opportunity to engage and be involved with reading. The format is also accessible, as it is quick to read.

3 - vulnerability. Instagram poets are not afraid to expose their struggles. The problems they show are also the problems of their generation. The poems are not about a journey on a ship. They are about the date that was bad or low self-esteem. Situations that many of their readers got through.

“I’m not going to read Walt Whitman. That’s not accessible to me emotionally, but I think right now is a moment where I think maybe we, as the younger generation, are deciding what poetry we like. And I think Instagram has become sort of the mining field for it” Aly Dixon

Loving instapoetry will not kill traditional poetry. But will open new doors and connections.

THERE IS SPACE FOR A NEW PHENOMENON?

Overall, it is hard to say the path the market is going to take. Everything is still changing fast when we think about the internet. While it can be harder or different to find success today, it is still possible.

The truth is: the road is here to be pavement. The public is learning to know more about what they want. As a result, this will lead to discoveries and more space for emerging writers.

So don't be afraid to put your work out there. Someone at someplace will identify with you.

Even if there's no right answer for why we love instapoetry, we know that we love what comes from the heart.

Inês Alves is a Brazilian communication student and writer, trying to navigate the world. Has a passion for books and reality shows, so it's always talking about one of those subjects. Believes that writing can help to build a revolution in society and wants to be part of it. Find her on Instagram at @inesilvalvess.

Posted by Ficciones at Wednesday, January 26, 2022