Poem of the week / 'On the Eastern Front' by Georg Trakl

Poem of the week: 'On the Eastern Front' by Georg Trakl

Carol Rummens
Monday 18 November 2013
This week's poem is John Greening's translation of "On the Eastern Front" by Georg Trakl. The original poem "Im Osten" (which follows the English here) was probably written in the aftermath of the Battle of Grodek. Trakl, a pharmacist with the medical corps, had been left alone with a barn full of wounded soldiers and few medical supplies. The line "ghost casualties heave" conveys some sense of that ghastly scene.
"On the Eastern Front" appears in John Greening's newly-published collection To the War Poets, an interesting fusion of original poems, including a series of verse-letters to assorted Britsh first world war poets, and translations from the work of four of their German counterparts. The Trakl translations in particular introduce vivid contrasting motifs into the pattern of the book.Trakl's enormous visual drama demands compression from the English quatrain. Greening has a very different poetic sensibility, intellectual and urbane, but his sense of a word's etymological weight and range of cultural reference is a good qualification for conveying the terse, sonorous intensity of Trakl. The word "mad" in the first line's "mad organ playing" gives the uncontrolled abandon of the winter storm a pathological dimension, and suggests that war itself may be madness. It's a bold, apt choice to retain the German Volk in line two, a word which, even in the pre-Nazi era, carried nationalistic freight. The conventional view of the Great War is that helpless men were used as canon-fodder.
Trakl's line gives agency to the men: their "dark fury" expresses a passionate personal investment in an identity bigger than one war. Similarly, "defoliated" connects with the chemical devastation of a conflict nearer our own time – the Vietnam War.Further intensification re-colours the "tidal wave of onslaught". An impossible blend, the violent visual oxymoron, "black-red", has a harsher effect in English than the original "purple". But red and black are certainly colours associated with Trakl.
The reference to night's "smashed features" gains thrust from the monosyllabic adjective "smashed" – which as well as meaning "violently broken" can, in colloquial English usage, be a synonym for "drunk". It's simply a hint that hovers and perhaps recalls the mad organ-playing. The motherly, goddess-like figure of night, half-shattered but silver-armed, seems vast and potent. Her image rises above the reader, seen from the perspective of the fallen men, the "ghost casualties" dead or dying under the trees. Qualified only by "November's", Greening's "ash" evokes both the tree and cremation, and finds a distant, hushing rhyme with "smashed".
By turning the symbol of femininity, the moon, into the hunter of women, Trakl tips the Romantic tradition on its face. The realism of "blood-spattered doorsteps" only compounds the horror. As in a nightmare, the women are "petrified" – turned to stone and unable to run.
In the small compass of this last quatrain, Greening's "no-man's-land" brings the war pressingly close to the town. The tautology of "wild wolves" is avoided: "grey" links them to ghostliness, ash, shadows – those elements in the poem which take us beyond the vibrant colours of war to ultimate faceless, voiceless grey. But first there will be more destruction: the wolves "have forced the gates".
Trakl is only indirectly present in his poem. The three stanzas depict three iconic stages of battle: the fury of combat, the heaving aftermath of the wounded and dying, and finally the devastation leaching outwards to the civilians. These images are not frozen in 1914, and the translator's word-choices help extend the implicit universality.
Greening says of his translations that "the aim was to set German words to English music". He hasn't "re-invented the poems in the manner of Lowell or Pound", but he has re-shaped them "where appropriate". He cites his transformation of "Dornige Wildnis", which Christopher Middleton translatesas "thorny wilderness", into "a spiky no-man's-land" so that "the spikes might evoke German helmets as well as barbed wire and brambles … and the whole line carry (through its 'o' sounds) the chill wind of the east". His procedure bears out the view that the translator's task is not to mimic the original but to find new effects within a larger fidelity. As Greening says, "Trakl uses different effects; but he learnt on a different instrument".
To the War Poets will be launched at Kimbolton Castle at 7.30pm on 22 November and the poet will also be reading from the collection at Lumen in north Londond on 17 December. He is currently editing a new edition of Edmund Blunden's Undertones of War for OUP. 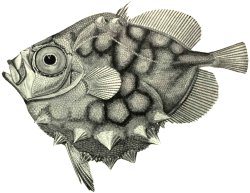 'On the Eastern Front'