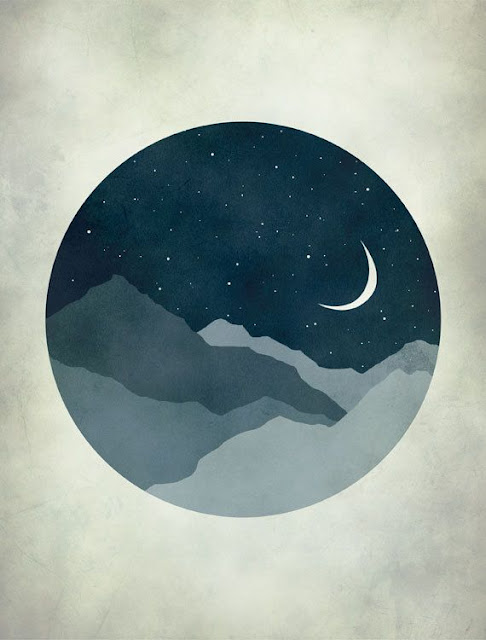 Moon
by Kathleen Jamie
Last night, when the moon
slipped into my attic-room
as an oblong of light,
I sensed she’d come to commiserate.
It was August. She travelled
with a small valise
of darkness, and the first few stars
returning to the northern sky,
and my room, it seemed,
had missed her. She pretended
an interest in the bookcase
while other objects
stirred, as in a rockpool,
with unexpected life:
strings of beads in their green bowl gleamed,
the paper-crowded desk;
the books, too, appeared inclined
to open and confess.
Being sure the moon
harboured some intention,
I waited; watched for an age
her cool glaze shift
first toward a flower sketch
pinned on the far wall
then glide to recline
along the pinewood floor
before I’d had enough. Moon,
I said, we’re both scarred now.
Are they quite beyond you,the simple words of love? Say them.You are not my mother;with my mother, I waited unto death.
from The Overhaul  (Minneapolis: Graywolf, 2015) Kathleen Jamie’s The Overhaul, which won the Costa Prize for Poetry in 2012, has recently been published in the USA. These mid-life poems are deceptively simple, less ebullient than some of her earlier work – the feisty poems of The Queen of Sheba gave voice to a generation of Scottish women not prepared to be subdued; more conversational, full of questions. Thrifty with words when confronted by spendthrift nature, ‘Her poetry is to be admired as one might a winter garden for its outline, clarity and light’, wrote the Observer reviewer; ‘Reading the collection is, on one level, the equivalent of taking a Scottish walk, observing birds, deer, sheep and the sea.’
Jamie lives in Fife, and is Chair of the Creative Writing programme at the University of Stirling.Her fine essay collections, like her poetry, examine  with lyrical acuity the way humans dwell in, delight in and despoil the natural world. She is rarely as self-referential as in The Overhaul. The last lines of ‘Moon’ surprise us with their buried feeling brought to light, their deeply Presbyterian tone.