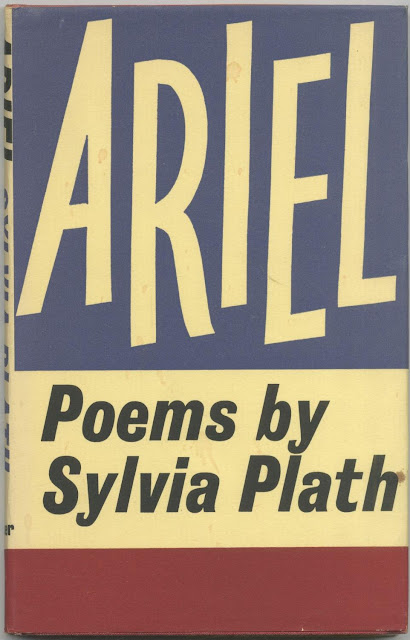 W
ith Birthday Letters (No 4), this series has already identified the radioactivity buried within the work of Ted Hughes and Sylvia Plath, and recognised their place in the canon. With Ariel, Plath’s second volume of poems, we approach the catalyst for 20th-century poetry’s thermonuclear explosion.


First, the terrible circumstances surrounding the first appearance of Ariel are essential to any reading of Plath’s work. In the early years of her marriage to Ted Hughes, Plath had been the junior partner. She was known as the author of The Colossus: and Other Poems (1960), a well-received first collection, described by the Guardian as an “outstanding technical accomplishment”, but not yet indicating the extraordinary power locked within Plath’s literary psyche.
The key to Plath’s final years, on top of the disintegration of her marriage to Hughes, lies in her lifelong fascination with her own death. As she expresses it in Ariel, her title poem, “I am the arrow… that flies. Suicidal, at one with the drive. Into the red eye...” Everything she wrote now was shadowed by this obsession. 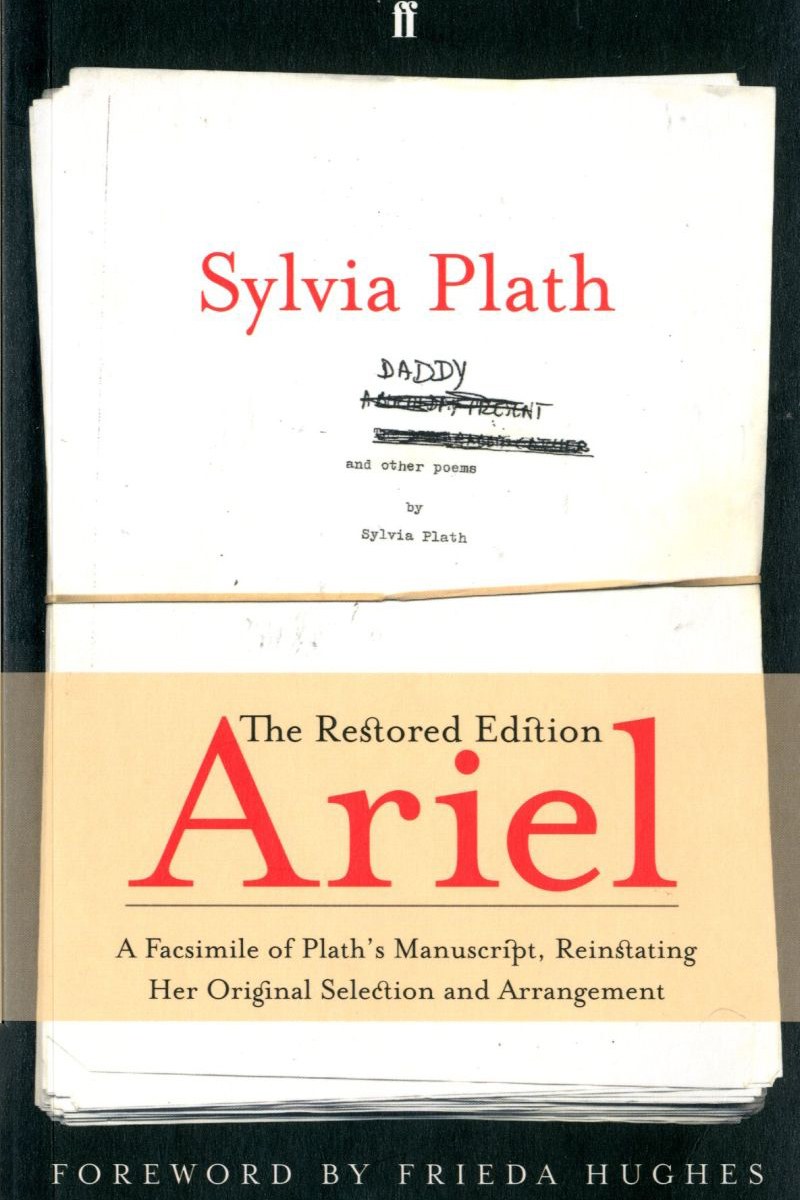 Between 1961 and ’62, working fast and urgently, she completed her autobiographical novel, The Bell Jar, writing to her mother that what she had done “is to throw together events from my own life, fictionalising to add colour – I think it will show how isolated a person feels when he is suffering a breakdown… I’ve tried to picture my world and the people in it as seen through the distorting lens of a bell jar.”
The Bell Jar was released by William Heinemann (publisher of The Colossus) in London on 14 January 1963 under the pseudonym Victoria Lucas. This was a decision inspired by Plath’s desire to spare the feelings of her mother and a number of real-life characters in the novel. Plath’s first novel appeared in the midst of the most bitter English winter of the century, and aroused virtually no comment.
Meanwhile, Plath had begun to put together the manuscript that became the framework for Ariel in early 1962. Restlessly focusing her poetic intention, she had changed its title from The Rival to A Birthday Present to Daddy to The Rabbit Catcher and finally to Ariel and Other Poems. She was now separated from Ted Hughes, whose affair with Assia Wevill had precipitated their break-up, and living alone with her two small children, Nick and Frieda, near Primrose Hill, London, in a house, 23 Fitzroy Road, once occupied by W B Yeats. By November 1962, she was done. 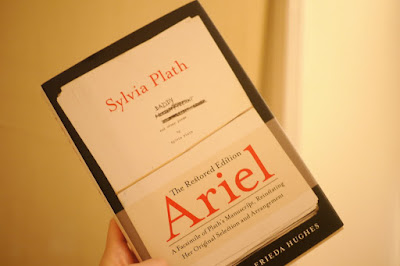 Then, in the early morning hours of her last few weeks, she wrote those poems that, as she herself predicted, would “make my name”. All the poems written during the autumn of 1962, and into the new year, had been inspired by the intense solitude of her situation, and many of the final poems in Ariel are attributable to her predicament as a young single mother, but also to her clinical depression and the incipient breakdown that culminated in her suicide in the early morning of 11 February 1963. (Al Alvarez’s account of this tragedy in his study of suicide, The Savage God, remains the indispensable portrait of this psychodrama.)
The poignant circumstances of Plath’s death, as they became known, intensified the Anglo-American literary interest in the poet and her work. In 1965, The Bell Jar was republished under her own name and quickly recognised as a dark classic of contemporary feminism. But it was the publication of Ariel in the same year (1966 in the US) that set the seal on her posthumous fame and reputation. Here was a collection of strange, disturbing, and confessional poems whose wild and exhilarating ferocity exerted a remarkable grip on the imagination of a new generation.
Robert Lowell, in his preface to the first edition of Ariel, describes these as poems that are “playing Russian roulette with six cartridges in the cylinder”. He was acknowledging what countless subsequent readers would discover for themselves: that Ariel is the volume on which Plath’s reputation as one of the most original, daring and gifted poets of the last century rests.
The manuscript Plath had left behind on her death was titled Ariel and Other Poems. But that manuscript would not appear for more than 40 years. Instead, a rather different book called simply Ariel (published by Faber & Faber) reached bookshops in the UK in 1965 and sold a phenomenal 15,000 copies in 10 months. In the US edition (varying slightly from the UK edition), 12 of Plath’s chosen poems were cut, 15 new ones added in their place; and several other poems moved from their original order.
Ted Hughes – of whom, towards the end of her life, she had written “I hate and despise him so I can hardly speak” – had made the changes, inviting many searching and explosive questions about his apparent conflict of interest as Plath’s executor and also the subject of her poetry. A generation would pass before an enraged feminist critique softened into a belated recognition that Hughes had fulfilled an almost impossible task with remarkable sensitivity and understanding. After all, the manuscript left behind at her death was still a work in progress.

Among these groundbreaking, and often difficult, poems are numbered several classics: Lady Lazarus, Ariel, The Moon and the Yew Tree, Daddy and Stings. Plath’s fierce interrogation of herself and her feelings, and her unflinching honesty, came as a shocking revelation to poetry readers in the mid-1960s. Eventually, the Ariel of 1965, edited by Ted Hughes, was complemented in 2004 by a new edition, masterminded by Frieda Hughes, Plath’s faithful daughter, which for the first time restored the selection and arrangement of the poems as her mother had left them.
In addition, finally, there is Ted Hughes’s own response (in Birthday Letters) to his dead wife’s phoenix-like resurgence. One of the most disturbing poems here is Suttee, his record of Plath’s emergence as a poet, in which Hughes casts himself as a midwife delivering an “explosion / Of screams” and before being “engulfed / In a flood, a dam-burst thunder / Of a new myth”, a birth that “sucked the oxygen out of both of us”.
Many of the poems in Birthday Letters address the conundrum of Plath’s other self. Hughes had already rehearsed this line of thought in his 1982 foreword to the first edition of Plath’s journals, claiming that, although he had “spent every day with her for six years, and was rarely separated from her for more than two or three hours at a time”, he had never seen “her show her real self to anybody – except, perhaps, in the last three months of her life”.
Despite the unreconciled dialogue between husband and wife, in many conflicting registers, Ariel survives the obsessive extra-literary attention directed towards Plath and Hughes in the more than 50 years since Plath’s suicide. For many readers, it is likely to remain one of the great volumes in the Anglo-American canon.

“Dying
Is an art, like everything else,
I do it exceptionally well.”
From Lady Lazarus, Ariel

Posted by Ficciones at Thursday, November 16, 2017