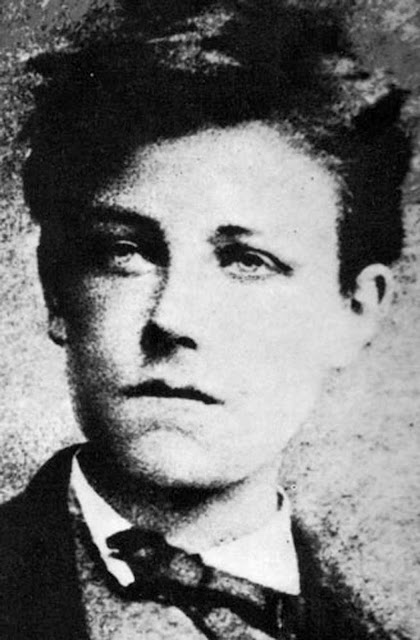 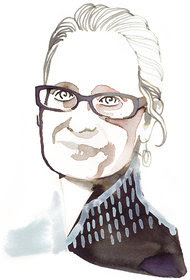 Lydia Davis
Davis is well known for her extremely short, elliptical stories that read, sometimes, like deadpan Zen koans. Here’s one, called “Collaboration With Fly,” that consists of exactly one sentence: “I put that word on the page, but he added the apostrophe.” Fans of Davis’s fiction may be startled to learn that in her parallel career, as a translator of French literature, she has tackled wordier writers, including Proust and Flaubert, to great acclaim. (Davis’s 2010 translation of Madame Bovary won a prize from the French-American Foundation last month.)
How does Davis approach translations? “A single work involves often hundreds of thousands of minute decisions,” she told us via e-mail. “Many are inevitably compromises. The ideal translation would result in an English that perfectly replicated the original and at the same time read with as much natural vigor as though it had been born in English. But in reality the finished translation is likely to be more uneven — now eloquent, now pedestrian, now a perfect replication, now a little false to the original in meaning or rhythm or syntax or level of diction. A careful weighing of the many choices involved can nevertheless result in a wonderful translation. But great patience and of course great skill in writing are essential, not to speak of a good ear and a deep understanding of the original text.” 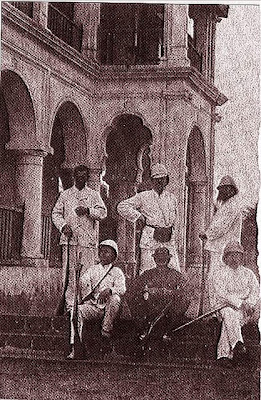 Some associations with the name Rimbaud are very familiar: the highly romantic photograph taken a few months after he first settled in Paris, already at 17 the dedicatedly bohemian artist, with his pale blue eyes, distant gaze, thatch of hair, carelessly rumpled clothes; the startling, much interpreted declaration Je est un autre (“I is someone else”); the fact that he produced a masterly, innovative and influential body of poetry while still in his teens; that he stopped writing around age 21 and never went back to it, engaging thereafter in various sometimes mysterious commercial and mystical enterprises in exotic locations, including a period of gun-­running in Africa (and, oddly, an attempt to enlist in the United States Navy). 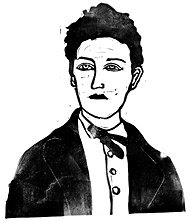 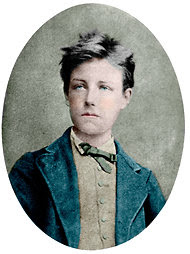 A photograph of Arthur Rimbaud.
He died of cancer in a Marseilles hospital in 1891, still young — having in effect compressed what for others would have been a long lifetime of artistic revolution and exotic adventure into just 37 years. A deepened and more detailed acquaintance with the legend does not disappoint: he is one of those exceptional meteoric individuals whose very eruption and subsequent accomplishments remain dazzling and difficult to explain away.
Arthur Rimbaud was born in 1854 in Charleville, in the northeast of France close to the Belgian border, to a sour-tempered, repressively pious mother and a mostly absent soldier father who disappeared for good when Rimbaud was 6. He excelled in school, reading voraciously and retentively and regularly carrying off most of his grade’s year-end academic prizes. Early poems were written not just in French but sometimes in Latin and Greek and included a 60-line ode, dedicated (and sent) to Napoleon III’s young son, and a fanciful rendering of a math assignment.
He had announced in a letter written when he was only 16 that he intended to create an entirely new kind of poetry, written in an entirely new language, through a “rational derangement of all the senses,” and when, not yet 17, he made his first successful escape to Paris, financed by the older poet Paul Verlaine, he came prepared to change the world, or at least literature. He was immediately a colorful figure: the filthy, lice-infested, intermittently bewitching young rebel with large hands and feet, whose mission required scandalizing the conventional-minded and defying moral codes not only through his verse but through his rude, self-destructive and anarchical behavior; the brilliantly skillful and versatile poet not only of the occasional sentimental subject (orphans receiving gifts on New Year’s Day) but also of lovely scatological verse; the child-faced young innovator whose literary development evolved from poem to poem at lightning speed.
In Paris, he became close friends and soon lovers — openly gay behavior being very much a part of his project of self-­exploration and defiance of society — with Verlaine, whose own poetry Rimbaud had already admired from a distance, with its transgression of traditional formal constraints including, shockingly, bridging the caesura in the alexandrine line. (Although this line occurred in Verlaine’s third book, Rimbaud may well also have been familiar with the first, “Poèmes saturniens,” or “Poems Under Saturn,” which was published in 1866 and has recently appeared in a deftly rhymed and metered new translation by Karl Kirchwey that offers it for the first time in English as an integral volume.) Their stormy relationship, which extended into Belgium and England and lasted a surprising length of time, was richly productive literarily on both sides.
Rimbaud has therefore been the perfect subject, for 120 years now, of sanctification, vilification, multiple rival exegeses, obfuscation, memoirs that rely on often faulty recollection — all of which has generated, of course, many times the few hundred pages left by the poet himself in the form of letters, juvenilia, some 80 poems, including the 100-line “Drunken Boat,” written when he was still 16, and the nine-section confessional and self-condemnatory prose sequence “A Season in Hell,” besides what was close to his last work, the sequence of mostly prose poems called “Illuminations.”

If the dating of all the poems in this last work cannot be verified precisely, neither can their proper order or the circumstances leading up to their publication. The rather unreliable Verlaine tells us that after he was released from prison in 1875 — he had shot Rimbaud in the arm in a Brussels hotel room — the younger poet handed him a pile of loose pages and asked him to find a publisher. After passing through several hands, the poems appeared in the magazine La Vogue 10 years later, in 1886, having been prepared for publication by Félix Fénéon (journalist, publisher and author of the bizarre collection of police-blotter-generated newspaper fillers published as “­Novels in Three Lines” by New York Review Books in 2007).
Asked many years later, Fénéon could not remember whether the order was his own or whether he had preserved the order in which he received them — although, since he did not receive them directly from Rimbaud, that order was not necessarily the author’s. The work was greeted at the time with some laudatory reviews, though not many copies were bought.